Tanzania is located on the east coast of Africa. It neighbours Uganda, Kenya and the Comoro Islands, and its beautiful beaches are washed by the Indian Ocean’s waters. Tanzania has some of the most sought-after touristic destinations in the world, including Mount Kilimanjaro, Pemba Island, Serengeti National Park, and of course, Zanzibar. In 2019, Tanzania generated more than $2 billion in revenue from tourism. This guide is intended to provide you with some valuable tips on how to plan a trip to Tanzania.

How to travel to Tanzania from the UK

Flights to Tanzania can be booked from London, Manchester, Birmingham, Aberdeen and Edinburgh. Tanzania has three international airports:

Depending on your travel itinerary, be sure to select the appropriate airport to land and depart from.

The train network in Tanzania is reliable and affordable. The country’s regions and main cities are connected by the rail network operated by two companies: Tanzania Railways Corporation and TAZARA. We highly recommend using the train instead of hiring a car with a driver because you will save more of your hard-earned money.

Hotels and Accommodation in Tanzania

Depending on where you are going, you can either say in hotels or rent an AirBnB. Tanzania has some of the most amazing hotels in the world. For example, if you are visiting the savannah, the Serengeti Safari Lodge offers a truly unique experience. Alternatively, if you are travelling to Zanzibar, there are several beautiful beach-side hotels to choose from.

The currency of Tanzania is the Tanzanian Shilling

The national currency of the United Republic of Tanzania is the Tanzanian Shilling (TSh). It is issued and governed by the Bank of Tanzania, which is the country’s Central Bank. When travelling within Tanzania it is best that you carry Tanzanian Shillings for your everyday expenses because as you move away from the major hubs less places will accept US Dollars.Before you travel to Tanzania, make sure you have enough money in cash, debit or credit cards to cover your entire trip. Within Tanzania, the TSh is convertible into all the major currencies (US Dollar, Euro, Great British Pound Sterling etc.). In case you travel to Tanzania with cash, there are many places, such as banks, hotels and bureau de changes, in cities where you can convert your foreign currency into TSh.

Save money by sending money to yourself during your trip

We always recommend planning ahead and looking for opportunities to save because small savings in advance can be used towards increasing the number of experiences you have during your holiday. Therefore, to get the most from your money, we recommend that you use low-cost money transfer apps, like Tamsey, to send money to yourself in Tanzania. The advantage of using this app is that you will benefit from the best exchange rate and will only pay a competitive fee to convert your currency into TSh.Exchange services at hotels and bureau de changes are more expensive than Tamsey. With Tamsey, you can collect the TSh in banks or send it directly to your mobile number in Tanzania.

You do not need to have a bank account in Tanzania. All you need to do is register, download the app, make a cash pickup transfer and collect your cash at multiple locations around Tanzania.

Using your bank card in Tanzania

The Tanzanian banking sector is substantially developed and professional. There are many reputable banks such as National Microfinance Bank (NMB), National Bank of Commerce (NBC), and CRDB.

In conclusion, we recommend planning ahead, decide which attractions you intend to visit, travel by train where possible, and avoid carrying large amounts of cash, but instead, use an official international money transfer service such as Tamsey for converting your cash into Tanzanian Shillings.

Have a safe trip!

THE DETAILS MUST BE EXACT OR YOUR WIRE COULD BE REJECTED

(CAD FUNDS ONLY, NO DRAFTS/TRANSFERS, SWIFT ONLY) 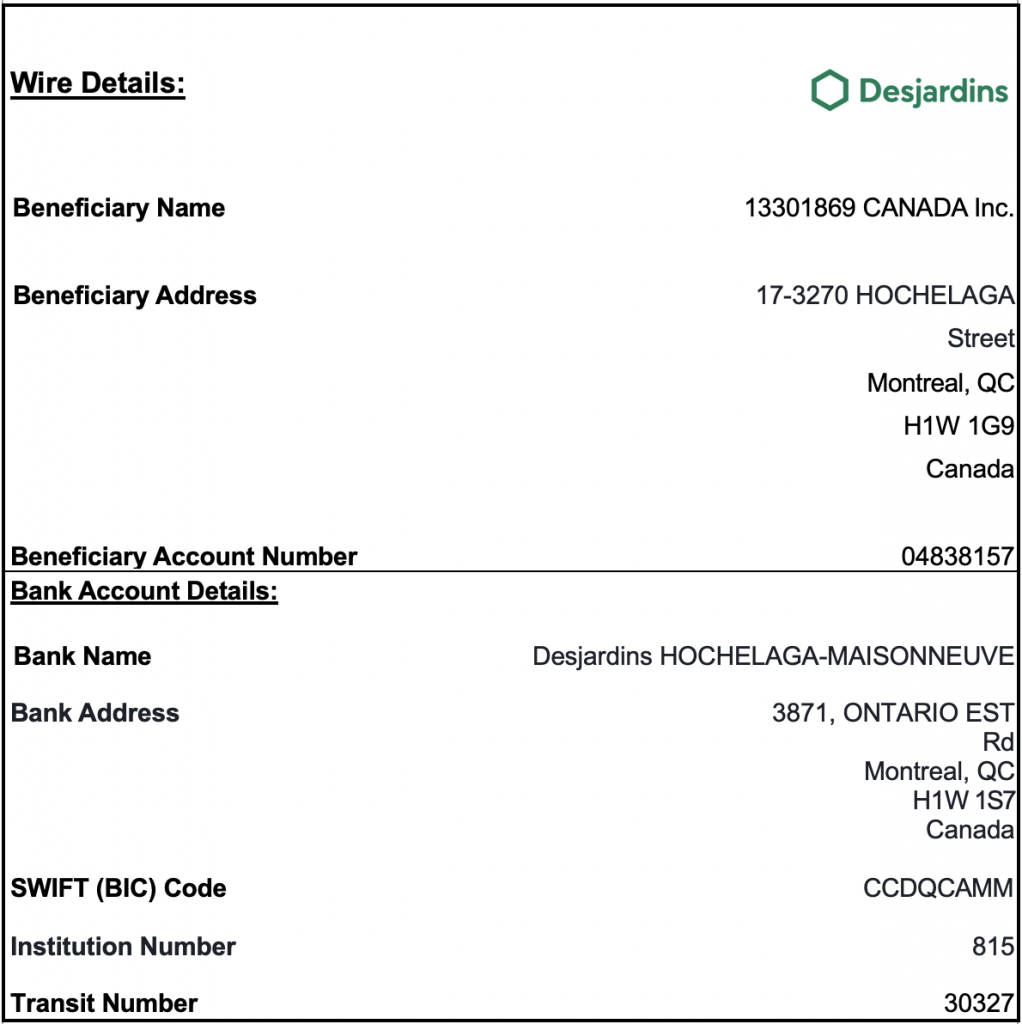 Remember to include your Order ID as the reference

How do send money via Interac payment?

To send money, all you need to do is follow the instructions on the screen:

Important:
Make sure to enter Tamsey’s exact Interac information below to make your electronic payment.
Add the transaction ID in the security question placeholder so that we can identify your transfer, otherwise, your funds can be lost.

Your money will be delivered in the next 30min.
For more information, please click here 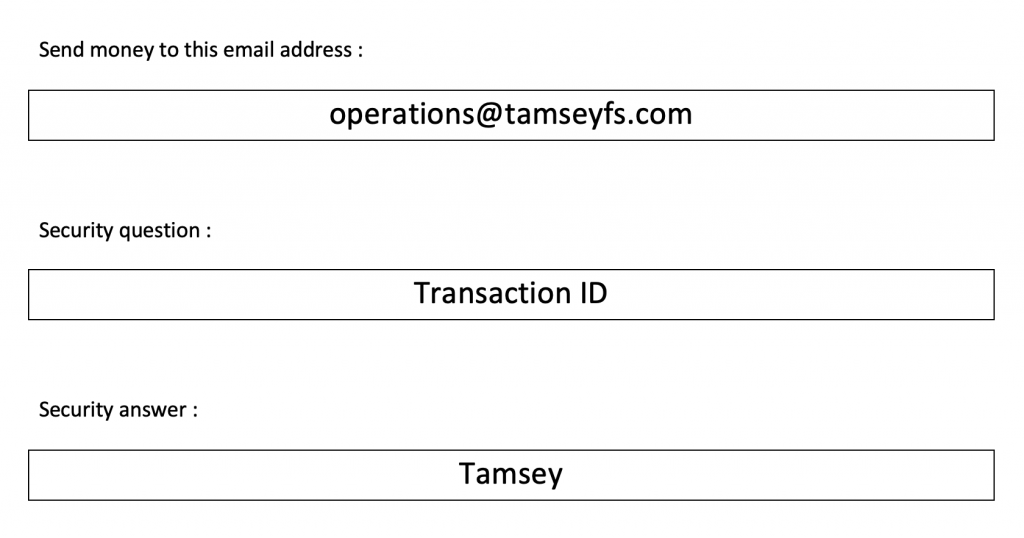 Important:
Do not forget to enter your transaction ID in the reference field or your transfer message so that we can identify your deposit, otherwise, your funds may be lost.